“BRAIN LAUNCH, L3C” was founded in 2016. An L3C is a social enterprise which bridges the gap between a nonprofit and a ‘for profit’ company. Our number one goal is to accomplish our social mission!

Brain Launch’s Mission is to assist parents on their journey toward actualizing their child’s true potential and success.

The Brain Launch Team’s Vision is to significantly reduce the epidemic number of children underachieving academically. 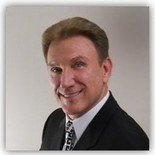 In Dr. Helms’ clinical research setting, students with case histories of learning and/or attention problems were administered Dr. Helms’ Developmental Program. Approximately 70% of the procedures were done face-to-face, one-on-one and 30% were done on a computer. The average improvement in the development of cognitive skills was over 4 years and improvement in IQ averaged 18 points, in less than 40 hours of training. Pre and post-test results were obtained using the highly respected Woodcock-Johnson III Cognitive Battery. These results were impressive, but more important was the positive feedback we received from parents and teachers. The positive feedback confirmed that the program results transferred to real life performance, which is what really matters.

In Peter Kline’s book “Why America’s Children Can’t Think”, Mr. Kline states:
“Dr. Don Helms, whose program is called ACHIEVE, has substantially raised the IQs of all his students he has worked with … Intellectual training of this type should become a staple of all elementary education, and can even be used in adult education.”

The new BRAIN LAUNCH programs are the result of Dr. Helms’ continued research. We expect even better results with our new programs. 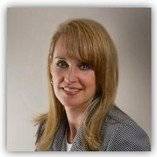 Shelly Helms brings over 20 years of business management and customer relationship experience to the BRAIN LAUNCH team. She was the Co-Founder of Vision Fitness Center, a multi-site optometric clinic. As the V.P. of Clinical Operations, she gained experience and success in leadership, team-building, and devising and implemented strategies for the best business practices while creating the highest level of patient care and satisfaction.

From there, Shelly went on with Dr. Helms to become a Co-Founder of Learning Performance Institute; a learning center that specialized in the assessment and cognitive development of children and adolescents. Shelly was responsible for cognitive testing, the hiring and training of cognitive development trainers and conducting workshops for parents. It was through her years of hands on experience that Shelly was able to contribute to the content and methodology of the new advanced BRAIN LAUNCH programs. 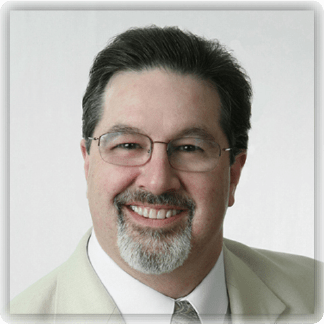 Alex started a computer-based graphics business in 1993. In the course of his education and experience prior to that time, he earned a couple of business degrees and added some computer technology courses to prepare for the rapidly changing business environment. Of course, at that time the only computer in town was a mainframe that took up the first floor of a building. It ran punch-cards to enter programs which were punched, on a machine that looked like a large typewriter, by the programmer/coder.

After college Alex worked in national and international sales. Managing an industrial sales team of inside and outside salespeople he used a portable pc running DOS on the road and an IBM 360 in the office. They were the latest and greatest at that time.

When he started his new business Alex started working with Apple computers which were used for all the company’s design and production work serving the needs of some of the largest advertising agencies and yellow pages phone book publishers in North America. As the President and IT Director, Alex built and managed a multi-location network for his business. In the beginning, the ads were shipped on Velox made from negatives processed in-house. Later, they provided Yellow Pages ads directly to the publishers via the industry’s highly secured internet ‘pipeline’.

As that industry matured and died, the internet grew and Alex stayed focused on learning to provide the many services needed by businesses to build and maintain a vibrant and dynamic internet presence. A self-proclaimed renaissance man, Alex deeply enjoys his work and learning new things every day to provide website and app design, programming, search engine optimization, SEM, social marketing and more.

Working together with all the Brain Launch project stakeholders, the Brain Launch team is excited to learn and grow with our members, staff, vendors, and our society building a better future.